Intersec was established in 2015, by Mr Marius Korff. The company was formed by the Director, after identifying the need for a dedicated and Knowledgeable Intelligence Gathering and Investigation Company, in the South African Corporate Environment.

Intersec has a total of 25 years of experience in the field of Intelligence Gathering and Criminal Investigations, although only established in 2015. We make use of State of the art equipment for Intelligence Gathering, as well as a world class and highly skilled Agents and Investigators, gathering Intelligence and conducting Investigations. We believe that Intersec is a cutting edge Company, that will be able to deliver the kind of expertise and service required in the Industry today, from there the Company Motto, OUTSMART CRIME.


In 1990 he became a detective, and completed various relevant courses, like the Advanced Detective Course of the S.A.P.S. at Brixton Detective College In 1994 he was transferred to the Tracing Unit in Johannesburg, later to be Incorporated in the Crime Intelligence Unit. He was involved in numerous intelligence driven operations and investigations into Fire Arm related crimes, and several High Profile Bank Robbery and C.I.T. syndicates. He was also awarded the medal for Bravery, by then MEC in Gauteng Jessy Duarte, for bravery during a robbery and shoot out, in Johannesburg. CBD in 1994. He was also involved in a high level Political Investigation, before leaving the SAPS in 2002.

He did numerous successful investigations in the Private Sector, and from 2010 to 2014, while contracting for De Beers, was the driving force behind the biggest and most successful illicit diamond smuggling project, to date in the SAPS and De Beers. He is highly trained and skilled in the field of Intelligence Gathering and Investigations, with a vast agent network that accompanied him from the SAPS.
back to top 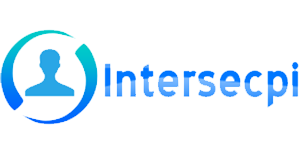